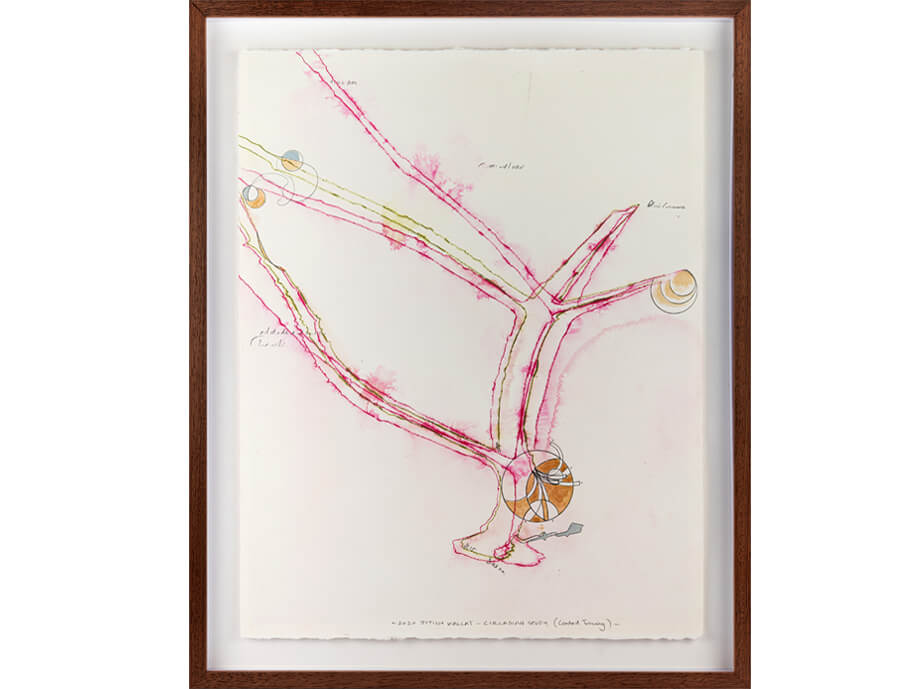 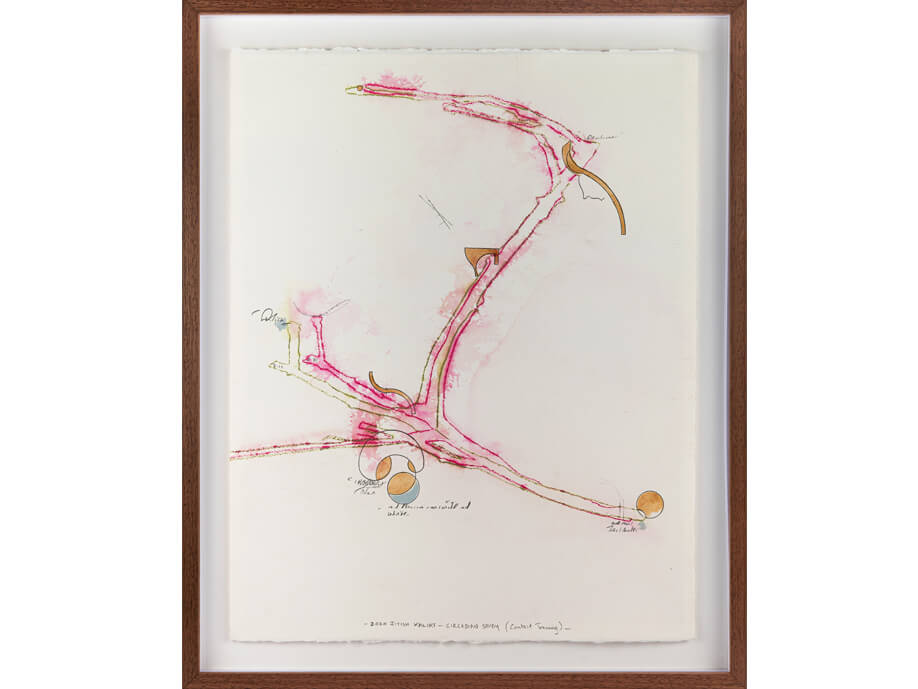 Jitish Kallat has frequently marked the passage of time in his work with drawings that record natural elements, registering images from descending raindrops or reading wind-patterns with fire. Kallat has been developing a “vocabulary of studio rituals” that explore aesthetic questions mediated by nature. He has described these as “systems of self-imposed artistic constraints” that alter his intuitions and perceptions.
His most recent series of drawings titled Circadian Study (contact tracing) began as an accidental activity during a fortnight of self-isolation at his studio, after an overseas trip in March 2020. One of his daily routines was watering the plants on the studio terrace coupled with the practice of tracing contours of shadows from fallen twigs.

It was during the following weeks that this process began to gain complexity, detail and meaning. Kallat says that “these works are primarily about attention and observation. While drawing, there are moments when one is so absorbed in outlining the edge of the shadow that one misses the backscatter of the sun reflected from the paper. In bright sunshine you see utter darkness under the stem, catching a fleeting glimpse of night during day.” The drawings are formed by red and green lines, each registering a position of the sun relative to the tree-stem at different moments, by recording the shifting shape of the moving shadow. “As I hydrate the tracings, the two lines secrete colour and exchange energies. The paper doesn’t feel like a surface anymore… it feels like a field of impulses: hemoglobin and chlorophyll, night and day, oxygen and carbon and the fallen twig itself as a repository of carbon and breath exchanged over time.” It is often after a passage of some days that Kallat revisits the tracings. “Drawings begin to emerge in the gaps within the tracings; small annotations that speak back to early intuitions, closing some kind of an inner loop within the work.”