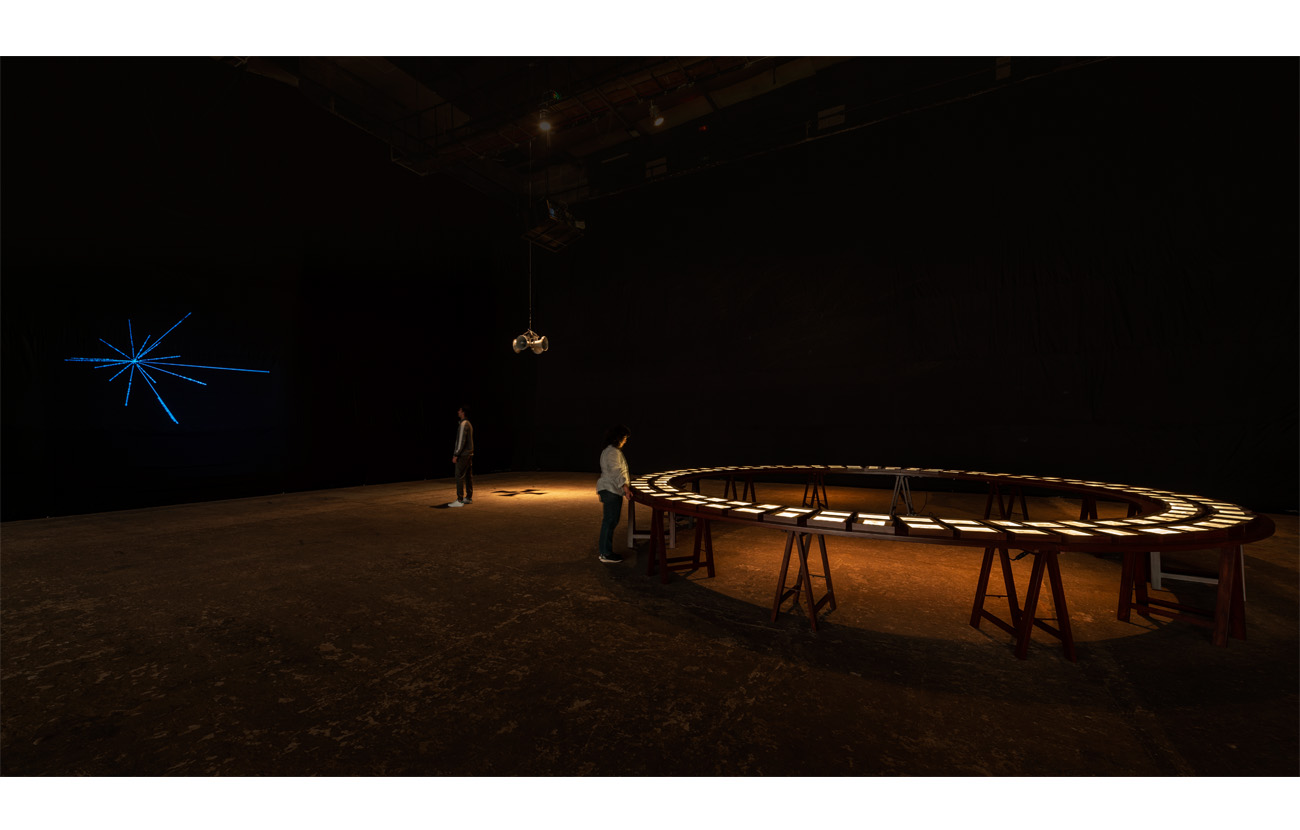 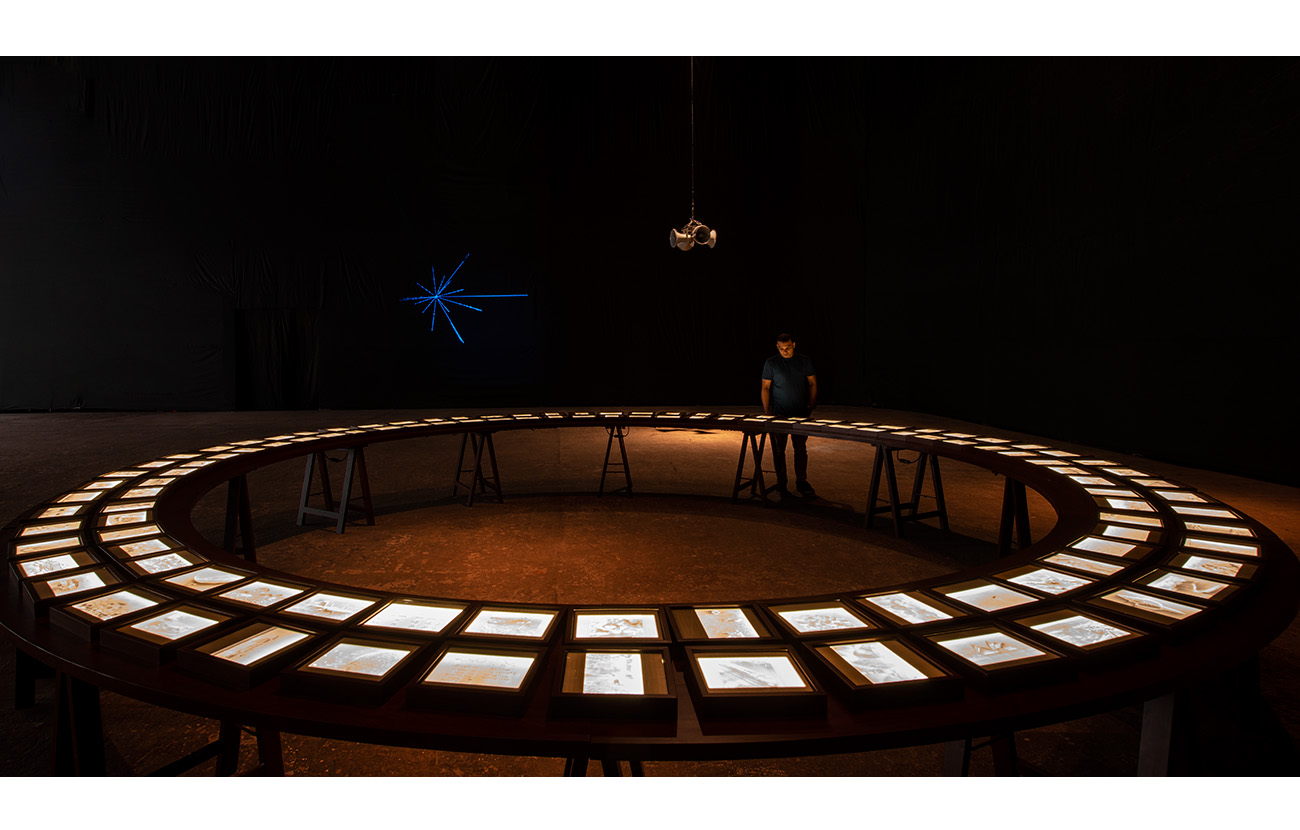 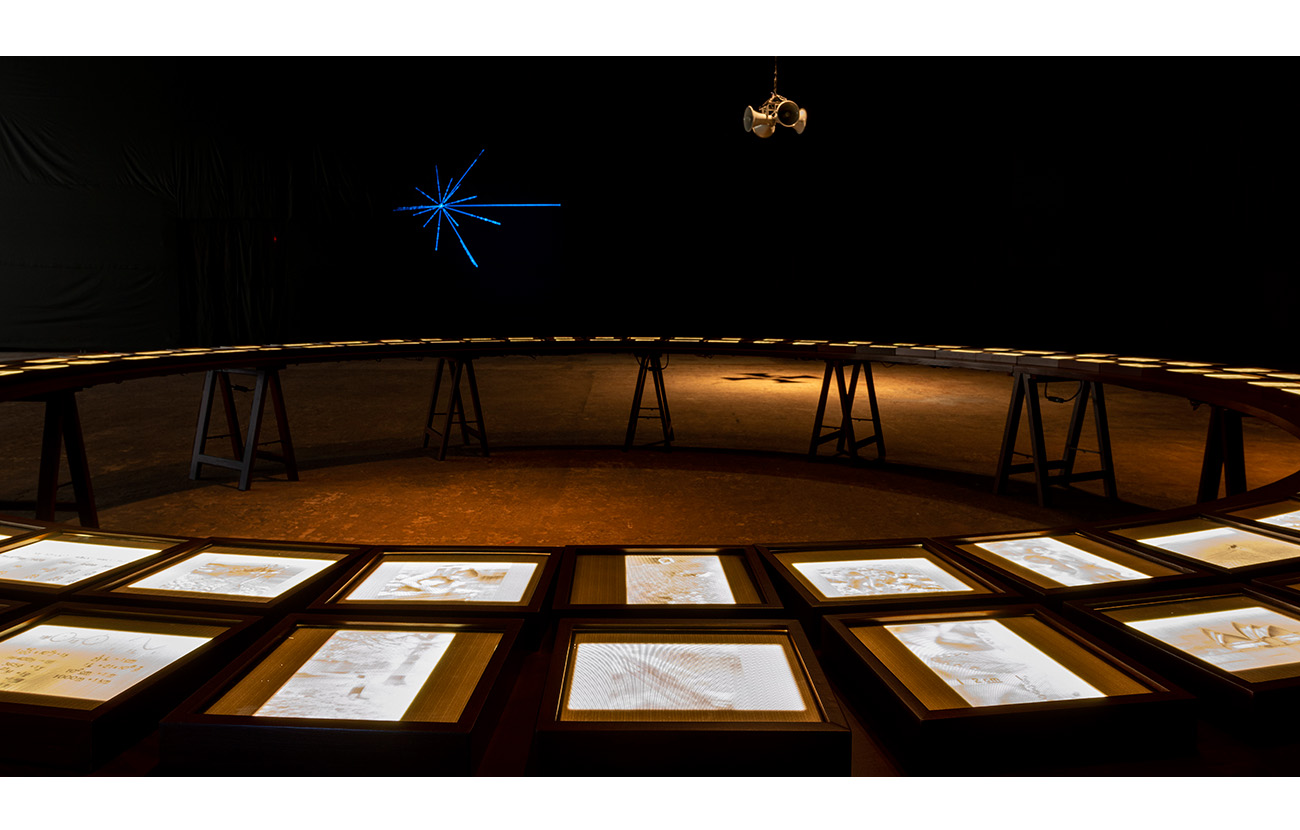 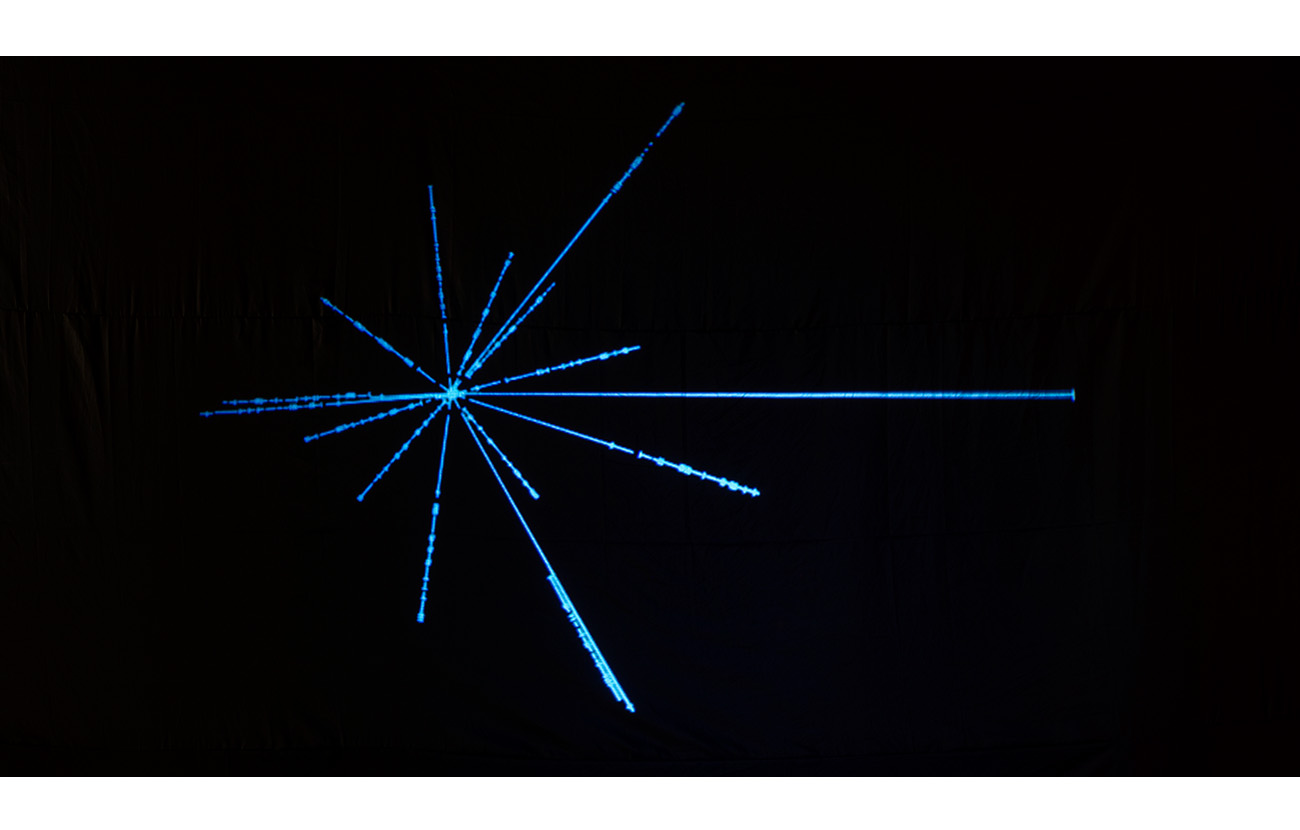 This immersive installation brings together select sounds and images that were composed for expedition into interstellar space as a planetary message to extra-terrestrial life. Kallat draws from the two phonographic Golden Records that were hoisted onto the legendary Voyager 1 and 2 space probes launched by NASA in 1977. Currently located over 13 billion miles away from Planet Earth, the contents of this ‘time capsule’ were assembled for NASA by a committee chaired by Carl Sagan. It is expected to continue its cosmic journey well beyond the probable extinction of our species and our planet.

The sound permeating the gallery are greetings to the universe in 55 languages while the large round table carry images that range from scientific and cosmological diagrams to flora and fauna as well as representations of our genetic make-up and anatomy. To create them Kallat has referenced the images decoded by Ron Barry, a US-based software engineer. Forty years after the images were first uploaded onto the Golden Record as sound files, Barry has converted the audio clips back to images as if decrypted by an extra-terrestrial. A diagram resembling the one on the cover of the Golden Record is projected on the wall showing our place amongst the stars, it is our return address.  At a time when we find ourselves in a deeply divided world, Kallat foregrounds these sounds and images for a collective meditation on ourselves as united residents of a single planet, where the ‘other’ is an unknown ‘intergalactic alien’.

Also part of the installation are benches that take the shape of the hands of the Doomsday Clock. This symbolic clock, presented annually by the Bulletin of Atomic Scientists represents a hypothetical human-made global catastrophe as “midnight”, and the proximity of the world to apocalypse as number of “minutes” to midnight.