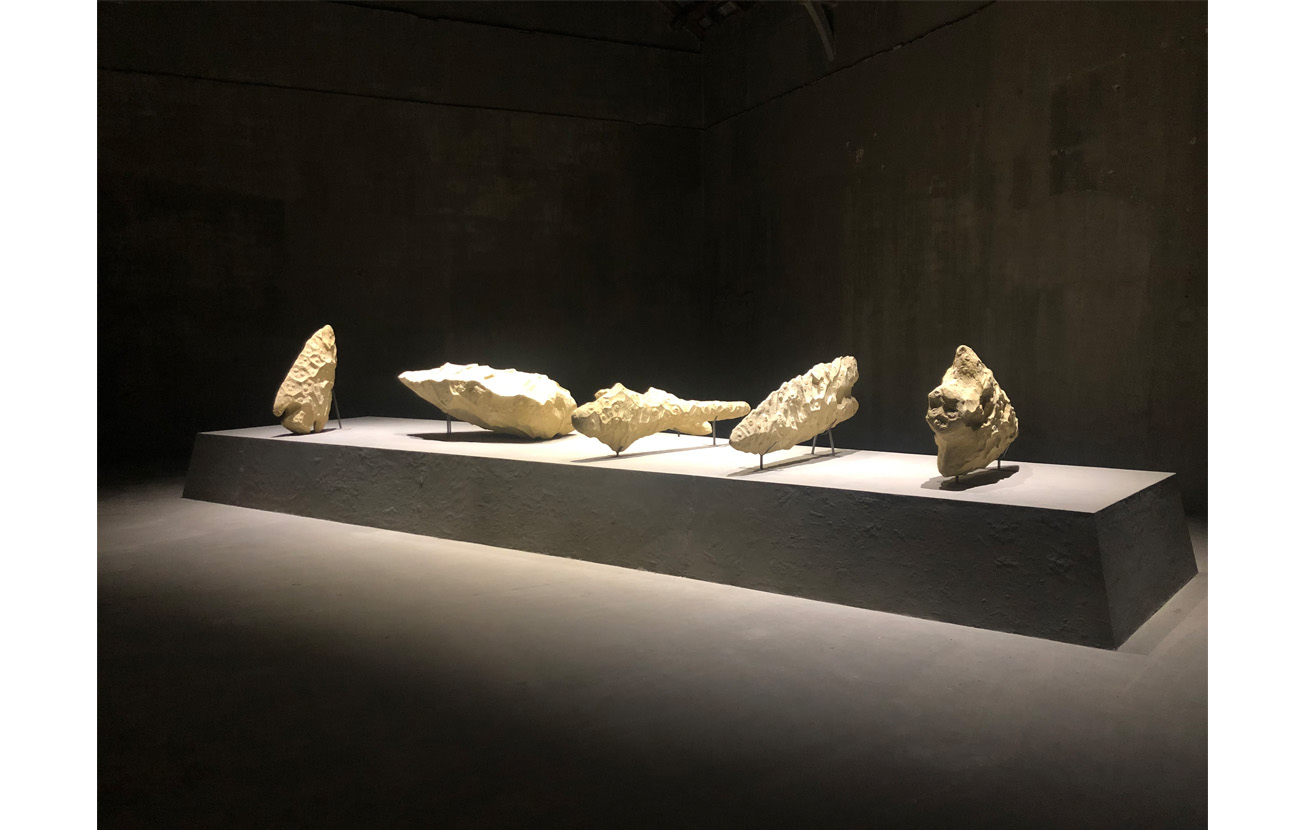 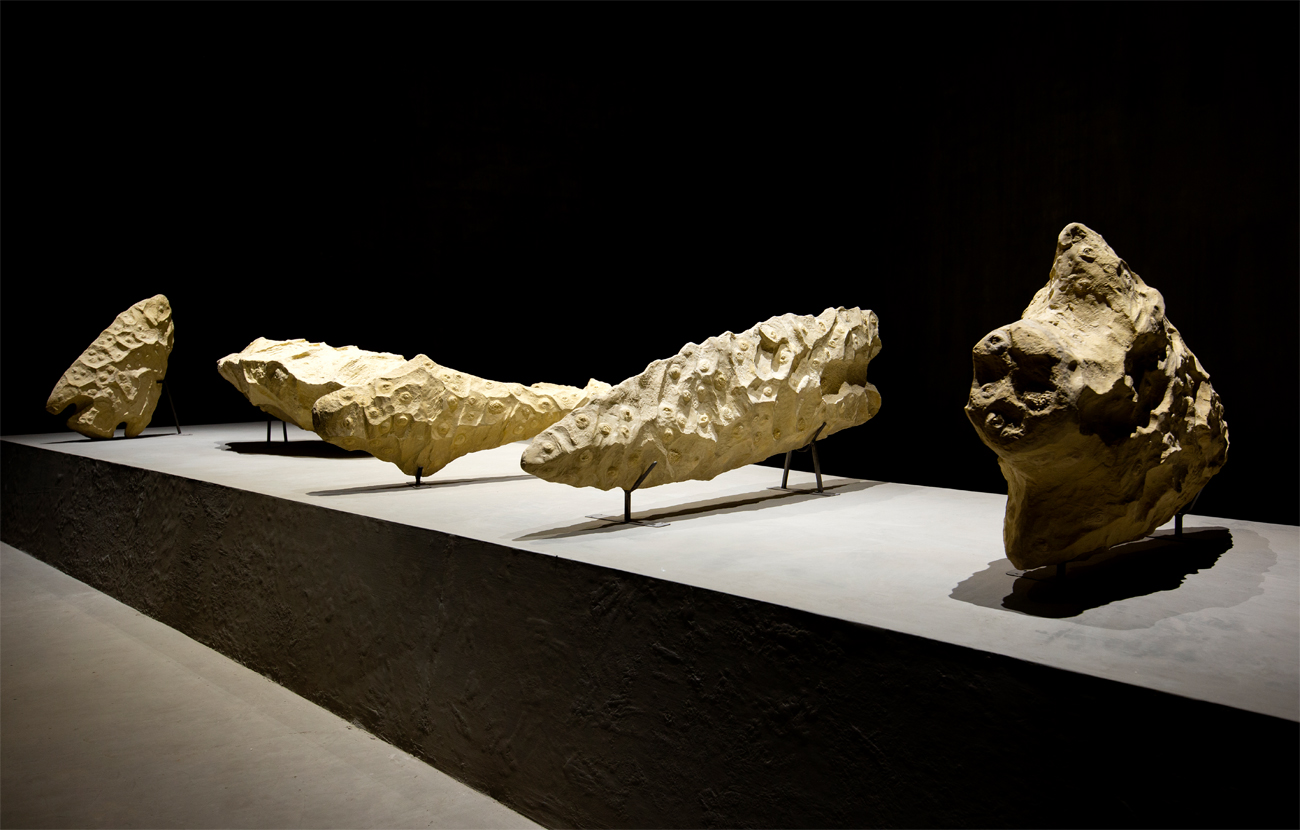 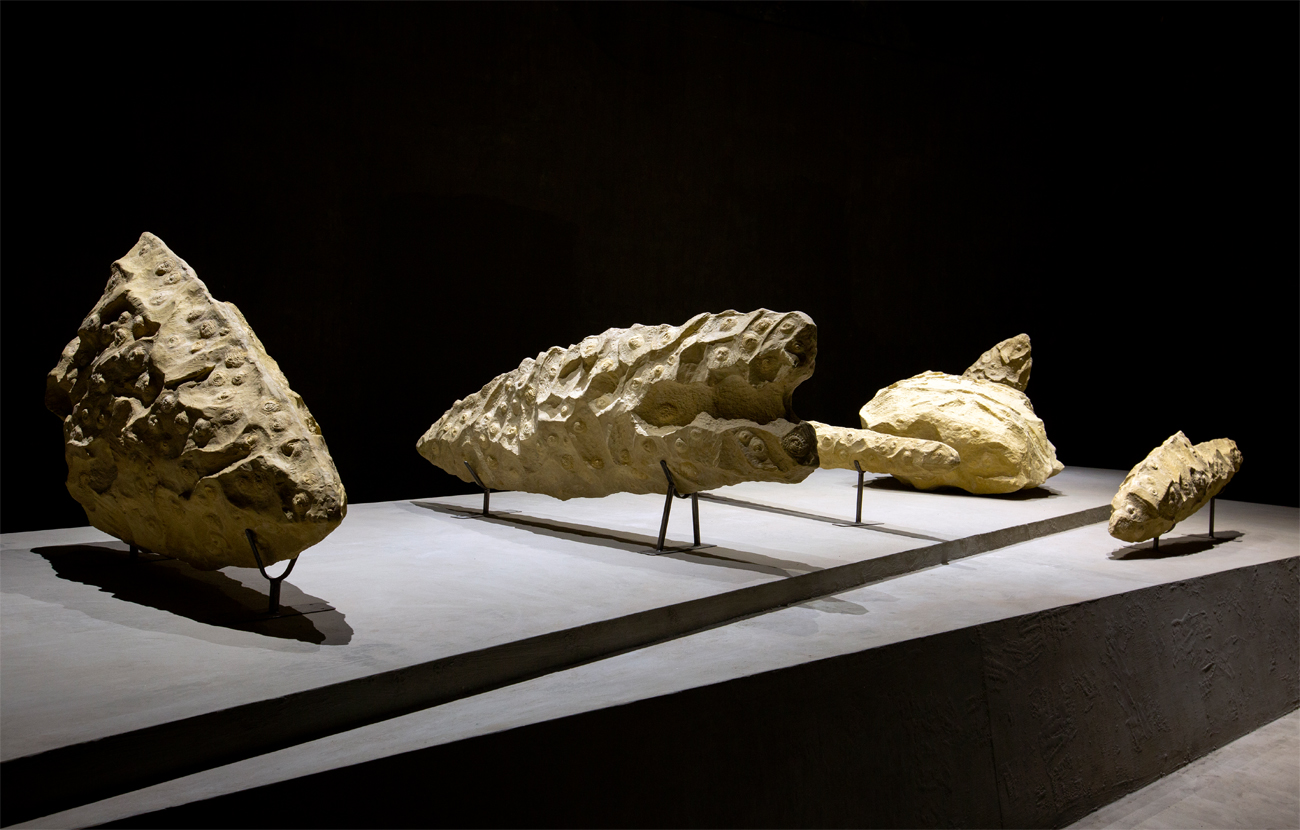 Jitish Kallat’s sculptural installation Untitled (Two Minutes to Midnight) draws together two carefully chosen pointers, one from our prehistoric past and the other pointing to a prophesied future. The suite of sculptures derive their form from paleolithic hand axes and stone tools that were the first human effort to alter the planet. The first stone tools mark the dawn of human ingenuity, augmenting physical capacities before exponential future innovations lead to uninhibited human supremacy and indiscriminate manipulation of the planet. Numerous clusters of reptilian and mammalian, fish and bird eyes imbue the oversized tools with an uncanny sentience. Kallat places these enigmatic sculptures on a plinth that derives its form from the hands of the iconic ‘Doomsday Clock’.

The  ‘Doomsday Clock’, has been maintained since 1947 by members of the Bulletin of the Atomic Scientists’ Science and Security Board, a congregation that includes several Nobel laureates. The symbolic clock represents a hypothetical human-made global catastrophe as “midnight”, and the Bulletin’s opinion on how close the world is to a global calamity as a number of “minutes” to midnight. Its original setting in 1947 was seven minutes to midnight. Since then it has annually been set backward and forward 23 times. As of January 2018, the clock is set at “two minutes to midnight”, due to nuclear threats, climate change, bioterrorism, and artificial intelligence. Kallat’s sculptural installation draws together ciphers that link past and future, dawn and midnight to induce a contemplation on the many urgencies of our present-day existence.